You are here: Home / The Coaches Coach 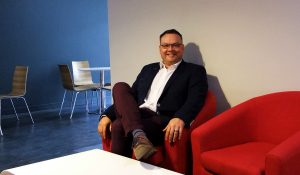 Some may regard “The Coaches Coach” as rather cliché

Trust me, it’s not a title I’ve either considered or volunteered, but one regularly suggested to me having now been approached, successfully supported a growing number of coaches!

Don’t get me wrong…

I’m a strong advocate on Walking the Walk and not just Talking the talk, there is not much less authentic than someone who has a ‘do as I say, not as I do’ approach to anything.  And I’m adamant that we have ALWAYS grown faster, leaner, more effectively and with fewer problems, concerns or difficulties whilst I’ve been working with a coach, and this is most evident in both our client sign up rates, and monthly management accounts.

I’m very proud to speak about the coaches I currently am a client of, in terms of my speaking career, my business career and my personal fitness and have recommended numerous other coaches to those making inquiries, if I feel others have more skills, experience, and knowledge within a niche area, and with whom I have personal knowledge and experience on which to base my recommendations.

It all began with a single conversation…

I was attending a national conference to listen to a number of exceptionally successful business owners talk and share their most recent learnings.  The event was attended by over 700 other business owners, and as a regular attendee of such conferences (as part of my own CPD) I recognised a number of others, from other conference and events we had previously attended.

I was stood in the queue for coffee, when I was approached by a guy I know that provides business coaching for solopreneurs and start up’s based in the south.  We exchanged pleasantries and discussed what we had just heard from stage, and eventually turned to our own businesses

I replied, and then went on talking about the systems and processes we have in place which are working effectively in the significant and sustainable growth of our coaching business, my speaking business and that of the clients we serve.

Even though he was somewhat older than I and had been coaching for a number of years longer than I also; he openly admitted to having “Nothing like that in place” and was surprised to learn how much we had already achieved.

One thing led to another, and before long he was receiving regular telephone coaching, and occasional face to face meetings helping him to review, determine and put into place the necessary systems, processes and people to grow his business.

Initially I had done it to help out a fellow colleague. And it was only when I was subsequently nominated, and National finalist in the Association of Coaching Professionals – Coach of the Year, that I was declared “The Coaches Coach“.

You see, whilst you are no doubt ‘Exceptional’ in what you do, unless you also specialise in Business Scalability? it’s unlikely you have much knowledge or experience in this area?

Since then, I’ve either coached, or am still coaching a dozen other coaches, from a variety of disciplines from sports coaches and life coaches to those who specialise in well-being and personal development.  You see, just like me and my mentors, we all need to learn, to be challenged to be held accountable to make the BIG decisions that are going to have the BIGGEST impact on us and our businesses.

So let’s have that initial conversation to build rapport and determine if there is something I might just be able to do for you?  After all, what have you got to loose?…..