You are here: Home / 3. Mindset & Motivation / Be more Gladiator

What have you been ‘putting off’ recently? What ‘excuses’ are you telling yourself as to why it’s not yet been completed?

How many times have you said either “Because of COVID…” or “Because of Lockdown…” Or “From January, I’m going to…”

Seriously. Whilst I try to ber as accepting of peoples circumstances, and meet people ‘where they are’. I’m really struggling to contain my frustration recently, as I’ve watched more and more begin to make excuses.

Trust me, I’ve not seen many business plans that talk about:

Taking most of December off to go Christmas Shopping, get drunk at parties and spend a ridiculious amount of time in traffic jams!

Take another 10 days away from the business to buy easter eggs, have a egg hunt, and use it as an excuse for the first BBQ of the year

And take at least 6 weeks out over the summer, to ‘spend time with the kids’!

Whilst these are all admirable qualities and something I want you to be able to do for the rest of your life.  UNTIL you have achieved everything you want from the business, that allows you to achieve thid WITHOUT the business suffering as a result. NOW is not the time to go all sentimental on me, and miss the point. 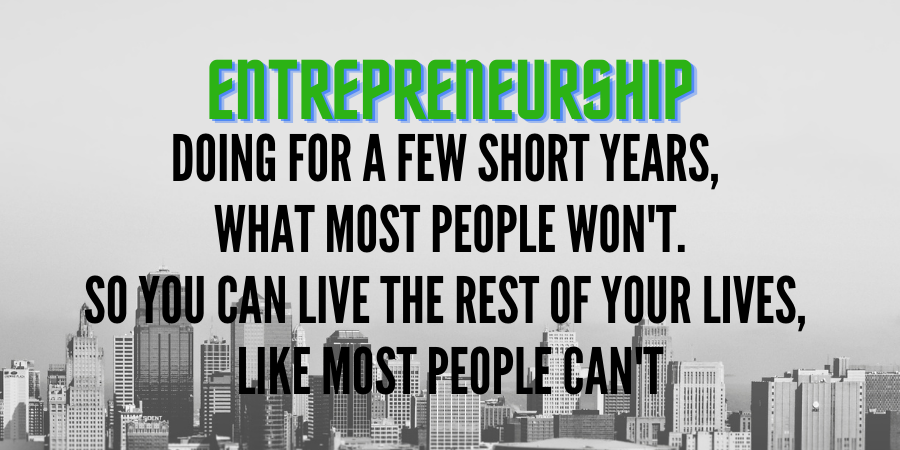 There is no yesterday, there is no tomorrow, the ONLY time is RIGHT NOW.

And RIGHT NOW, It’s time to put your war paint on. It’s time to pick up the mantle. It’s time for the final push to the frontier. There is exactly 1 month to go until we shall be shutting the office doors on 2020, taking a WELL EARNT break after a very unpredicted and challenging year over Christmas and New Year. Ready to return refreshed and ready for an exceptional 2021.

But now is not yet the time to be discussing turkey and tinsel. We still have one battle left to conquer. I need to hear your war cry, as we enter the final days of 2020, I need you to find that extra surge of energy, that reserve we all have within us for a (Just in case). It’s time to summon all your strength, all your courage, all your might, and march forward with certainty and confidence.

It’s time to become a Gladiator

The time is right for a more heroic style of leadership. Desperate times lend themselves to the rise of gladiators. Instead of seeing today’s economy as a negative, executives should view it as an opportunity in disguise–a chance to position your organization for the inevitable economic upswing. Here are eight virtues of Gladiator Leadership.

Gladiators have a mission for which they feel real passion

Call it a purpose, an obsession, a calling: whatever the terminology, good leaders have a defining mission in their life. This mission, above all other traits, separates managers from leaders. In Gladiator, Maximus lived for the mission of killing the evil usurper Commodus and restoring Rome to the values that made her great.

Having and communicating a clear picture of a future goal will lead to its achievement. Dare to think great! Maximus helped his fellow gladiators see that they could overthrow their enemies and survive the horror of the battles they were forced to participate in. In business, a leader may create an “enemy”the economy, the competition, inefficiency-to challenge the energies of his or her people and give them something to fight for.

Gladiators lead from the front

Gladiators don’t dictate from the back. In the movie, both when Maximus was a general and a gladiator, he fought up front where the firestorm was heaviest. So does a good business leader. Working “in the trenches” shows that you’re not afraid to get your hands dirty, it helps you fully understand the issues your “soldiers” are facing, and inspires loyalty in your troops.

Gladiators know there is strength in teams

Where would Maximus have been if he hadn’t trusted his men to fight with him and cover his back? Likewise, where would you be without your employees? While the gladiator leader has the skills to draw people together, he doesn’t hog the spotlight. He has care and compassion for his team and wants every member to be recognized for his or her efforts. This is especially important in a time when the old style “command and control” structure is waning. Younger workers (Generations X and Y) tend to be loyal to their coworkers rather than the traditional “organization.”

In the Roman Empire, gladiators were expected to die with honor. Refusing to lie down and let one’s opponents win was bucking the status quo. (And certainly, killing the reigning emperor-however corrupt-simply was not done!) If a company does not examine its way of doing things, if it does not push out its boundaries, if it never makes mistakes, it may become road kill.

Gladiators keep their heads in a crisis

Maximus had to think on his feet and refuse to give into terror and panic. He faced the most formidable foes calmly and with focus. Business leaders must do the same. They must take a position and defend it when things go awry. Being graceful and brave under fire is the surest way to build credibility-a necessity for sound leadership. Gladiators don’t retreat due to the slowing economy, but look for the opportunity under their feet.

Essentially, a Roman gladiator was a fighting machine. To stay alive, his mind had to be constantly on the upcoming battle. Business leaders, likewise, must be obsessed with training and developing their people in good times and bad. People need and want to hone their individual skills and “sharpen their swords.” Furthermore, good leaders must constantly learn what’s necessary to survive and unlearn the “old rules.” Just because a management style worked a decade ago does not mean it will work in today’s economy-good leaders evolve with the times.

Gladiators are teachers and mentors

Maximus taught his men the lessons they would need to survive in their new role as gladiators. In today’s rapidly changing environment, leaders must also teach and train those who may soon replace them. We are not necessarily talking about formal classroom training. We need leaders talking to people in the hallway, in the restaurant . . . everywhere. Everyone should be mentoring someone.

As a former rapid deployment soldier within the British Army, I know only too well the need for continual awareness. The constant training we went through in order that WHEN it mattered most we were (and still are) regarded as one of the most professional fighting forces in the world.

I beleive that is so, because of these 15 points, to which I now teach, coach, and mentor others to achieve within their businesses, that they also may reign victorious within their own growing business empire.

1.  Organization  –  Every part of the army is organized with leadership within each sub-organization to see that the job gets accomplished successfully. A certain amount of structure is needed in any organization to succeed.

2.  Process  –  There is a specific process used and replicated to achieve success. Each soldier knows their duties and is trained to handle them.

3.  Supervision  –  Soldiers and the processes are supervised to insure things are carried out appropriately.

4.  Motivation  –  The soldiers are motivated by having achieved success in the past and the goals that lie ahead with one final success in battle.

5.  Inspection  –  Generals inspect components of the plan and processes underway, they know that inspection is a key for success.

6.  Strategy  –  The Roman Legions have a simple, coordinated battle strategy that’s very effective. It takes advantage of each element of the army’s strengths and capabilities and attacks the vulnerabilities of the opposing force.

7.  Planning  –  Planning is obvious as you see the battle unfold. Everything works like clockwork. A great strategy won’t work unless you are able to plan and implement effectively.

8.  Providing tools and equipment for the job  –  The soldiers are well equipped and have the support they need to succeed.

9.  Trained employees  –  Action is methodical and coordinated, a sign the soldiers are trained to do their job.

10.  Backup  –  Maximus loses his sword as he enters the battle, but is quickly thrown a back up from a colleague. There is a mighty difference between a back up sword to carry on fighting, and a back up plan, which often means you don’t have full faith in the first!

11.  Delegation  –  Responsibilities are delegated to competent leaders within the army. No one person can do it all.

12.  Communication  –  Communication is key, from discussions with other officers, motivational acknowledgements to the foot soldiers, to the rally delivered to the cavalry. Even the fire arrow signal sent to start the battle is an example of communicating effectively.

13.  Leadership by example – Maximus doesn’t just bark out orders, he leads his cavalry into battle. The reason he has so much respect from all levels of the army is that he is willing to do what he asks of others. He leads by example.

14.  Treating others with respect – You can see mutual respect between the General and the men, it starts by the General sincerely respecting what his men do to win battles, even the lowest paid soldier in the army.

15.  Teamwork – Soldiers of each component of the army work together as a team and all teams work in a coordinated fashion so the army as a whole can be effective in winning battles.

I may have left the service behind these day, but never left being of service.  And still have that inner warrier within me, to summon the courage, the stamina, the tenacity to do whatever it takes to achieve what we set out to achieve.

Are you ready to #ADDAZERO?

Book a 30 minute COMPLIMENTARY CALL to learn more about how to scale YOUR business!