You are here: Home / 2. Business Strategy/Structure / Coping with COVID-19 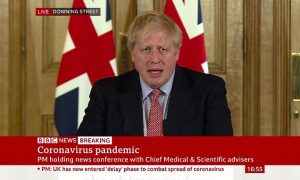 Prime Minister Boris Johnson opened the emergency COBRA meeting by reiterating his confidence in the ability to ‘turn the tide’ of the COVID19 outbreak within three months, using “medicine, technology and – above all – we’re going to defeat this disease with a huge national effort.”

He went on to say that the government would be “supporting you directly in a way a government has never done before.”

I am not the only one who has already stated that COVID19 will shape our generation. Not only with the impact it has on us (physically, emotionally, financially, psychologically) but also how we rise and react to it. A sentiment echoed by various risk management think tanks including the Institute of Operational Risk and Institute of Risk Management.

What can we learn?

Somewhere in China people were getting sick in unusual numbers. Then press reports started appearing. Large numbers of people were getting seriously ill along main transport axes. News of deaths soon followed. In a few months 60,000 people would die before the disease came under control. This was not Wuhan in December 2019 and January 2020; it was north-eastern China from late 1910 to early 1911 and what was to become known as The Manchurian Plague.

A little over 100 years later, Organisations like the World Economic Forum have had pandemic on their lists of top global risks for a long time, so no one should really claim to be surprised by this.  Whilst the government is speeding through countless amendments, suspensions, modifications and new legislations to support a country in crisis, there are things we can do also. 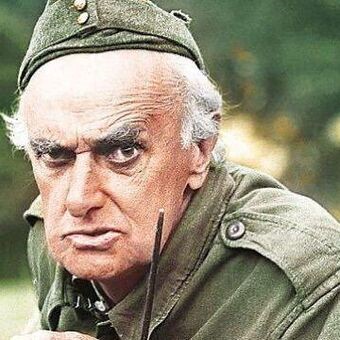 The answer doesn’t lie with Private Frazer and his immortal line from the BBC hit show Dad’s Army “We’re all doomed” although judging by the amount of panic buying we have witnessed for the past few weeks you may believe otherwise!

So perhaps, rather than fights in the isles and road rage when witnessing boot full’s of bog roll, we should look to understand WHY?

Fear is a powerful and primitive human emotion. It alerts us to the presence of danger, and it was critical in keeping our ancestors alive. Fear can be divided into two responses: biochemical and emotional. The biochemical response is universal, while the emotional response is highly individual.

Fear is a natural emotion and a survival mechanism. When we confront a perceived threat, our bodies respond in specific ways. Physical reactions to fear include sweating, increased heart rate, and high adrenaline levels that make us extremely alert.

This physical response is also known as the “fight or flight” response, in which your body prepares itself to either enter combat or run away. This biochemical reaction is likely an evolutionary development. It’s an automatic response that is crucial to our survival.

The emotional response to fear is highly personalized. Because fear involves some of the same chemical reactions in our brains that positive emotions like happiness and excitement do, feeling fear under certain circumstances can be seen as fun, like when you watch scary movies.

Some people are adrenaline junkies, thriving on extreme sports and other fear-inducing thrill situations. Others have a negative reaction to the feeling of fear, avoiding fear-inducing situations at all costs. Although the physical reaction is the same, fear may be perceived as either positive or negative, depending on the person.

Acknowledging this to be a NATURAL response to UN-NATURAL circumstance, is the first step to us making a conscious decision to determine if this emotion serves us well?

In this case, determining not, we need to establish how else to respond if not fear?

I consider myself to be exceptionally fortunate in this regard. Having previously served Queen and Country for over 12 years in the British Army. Not only as a rapid deployed combat medic, but also qualified in Nuclear, Biological, Chemical & Radioactive Warfare Medicine (Stay with me here, and don’t read into this other than my past experience). I spent a number of years on exercise and in training, rehearsing for numerous scenarios, including that of a pandemic!

I recall fondly the wise words offered to me by WO1 RSM Mick Germaine on first arriving at the gates of his barracks. Amongst other ‘pleasantries’ shared he offered some candid advice:

“If the problem is BIG, and likely to impact MANY people; don’t ask questions or get in the way. Just do as your told and everything will work out fine.  The British Army are the best in the world at mobilising quickly and effectively tackling BIG problems.” Most reassuring so far.

“However, if the problem is SMALL, or not likely to impact that many people (like personal and not life threatening); don’t ask any questions or get in the way; simply get it sorted! The British Army doesn’t need to know about your ingrowing toenail or your sick dog! It’s too busy dealing with the BIG problems”

And there you have it. It really is THAT simple.  When YOU have a problem and it affects YOU, then the best person to address this is YOU! Whereas when the country has a problem and it affects EVERYONE, be part of the solution not part of the problem. Fall into line, do as requested and everything will work out fine. It might appear rather chaotic right now, with “draconian” measures being taken that “challenge your personal civil liberties” but hey whenever we deployed into a theatre of war, the enemy failed to follow the NATO guidelines just as COVID19 doesn’t give a damn about your personal civil liberties either!

Regardless of the amount of toilets you have in your home, and your sudden desire to fill them with loo roll, or your immediate craving for 19kg a week of dried pasta, it might LOOK chaotic, but so did it when we scrambled to deploy on the advanced invasion. My point is, countries, governments, thinktanks have been strategizing over this (a pandemic rather than COVID19 specifically) for YEARS.

Coronavirus will prove to be a historic turning point in how countries, organisations and individuals deal with external risks.  In the same way as 9/11 or the Global Financial Crisis have already done so.

2020 and this crisis shall be talked about for years to come, not so much in relation to the physical nature of the illness, but more in terms of the highly disruptive measures that are being taken to reduce the spread of the virus.

It is far too early yet to determine the full extent of those measures, or their second, third and ongoing impacts as organisations are hit by the restrictions, revenues are impacted and society responds to this and the impact it has on them, their families, their communities; their way of life. 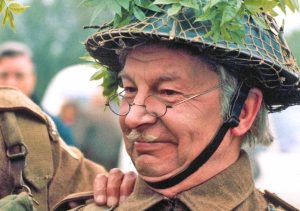 We live in a forever changing world, and ever more unpredictable circumstances. It was Heraclitus who is recorded as having stated:

“The only constant in life is change”

We all face changes every day, whether it is a simple change in the weather, our schedule or the most unexpected changes such as the COVID19 outbreak and the subsequently ‘lock down’ as a response. Change affects us all and we each deal with change differently.  There will be those who panic, suffer analysis paralysis and unable to see a way forward.  Others who learn to quickly adapt and overcome. Either way, the initial reaction is natural, the subsequent reactions are how we choose to address this.

It was Confucius who declared:

And many years later, when Henry Ford added:

As a Micro Business Owner, I have waited patiently to learn if the Chancellor will remember our industry and that of the many Micro/Solopreneur Businesses owners with whom I network with, buy from, mix with.  It was nearly 2 weeks ago now when he announced £350Bn of government support to “support you directly in a way government has never done before” and echoed the words of our Prime Minister who declared “We are all in this together”.

So it came as great disappointment (but not entirely a surprise) to learn that over a week after the help and support measures announced for the city, for SME businesses and their employee’s that the measures of support available to Micro Businesses and Solopreneurs might look in parity to the 80% salary support offered to SME owners to cover the majority of salary for their employee’s. But are not.

According to the governments own figures: Micro-businesses have 0-9 employees. There were 5.6 million micro businesses in the UK in 2019, accounting for 96% of all businesses. There are more than five million self-employed people in the UK, earning an average of £781 a month. The number has risen fast since the financial crash of a decade ago.

It is EXACTLY these businesses that will be impacted the most from this crisis, and yet who have waited the longest to hear of any help, and the help that has been announced is unlikely to be applicable to the majority of (because the way the policy is worded and therefore who is likely to be eligible). It would appear that once again, the Solopreneur / Micro Business Owner has ‘Fallen through the cracks” and is left to fend for themselves.  Even the Federation of Small Businesses is claiming to have achieved “Success” for many of its members.  It appears that once again, we concentrate on the many at the expense of forgetting about the few.  In this case the few million of business owners who don’t meet the criteria for any of the help, and (again taken from the governments own website): For those who don’t qualify for any of the grant or loan schemes, you could choose to apply for a traditional style loan from your bank (although application rates are high at present) or choose to re-mortgage your property”

Challenging times call for challenging responses. Perhaps we all should be reminded of the prayer made famous by Niebuhr in the 1930’s:

As I close, PLEASE stop allowing the MEDIA-PANDEMIC to influence your decision making. The sad fact is BAD NEWS SELLS!

I can’t think of ANYONE who will not be either directly or indirectly affected by COVID-19, I can only hope this international crisis brings about a greater sense of community and that the country echo’s the sentiment of the Prime Ministers comment (even if he is unable to fully demonstrate this) when he said:

We are all in this together

Here are the official sources to which you should be referring for further help and guidance. Stay safe everyone, lets come through this stronger and wiser than before.