In the last few months, I’ve quit, two different business activities. Even though, both were serving me and my business well!

In the summer, I quit attending a series of trainings I had signed up for and was learning much from. Then last week, I quit a networking group I have attended for well over a year.

On both occasions, what I signed up for was being delivered, and both I (personally) and we (professionally) benefited.

However, I became aware, of a significant and jarring difference in the standards by which we operate. And it eventually resulted in no longer being aligned!

Whilst, in modern-day purely ceremonial functions, as far back as Roman warfare and medieval warfare the standard-bearer had an important role on the battlefield. The standard-bearer acted as an indicator of where the position of a military unit was, with the bright, colourful standard or flag acting as a strong visual beacon to surrounding soldiers. Soldiers were typically ordered to follow and stay close to the standard or flag in order to maintain unit cohesion, and for a single commander to easily position his troops by only positioning his standard-bearer, typically with the aid of musical cues or loud verbal commands. It was and remains an incredibly honourable position. And one carrying a considerable risk, as a standard-bearer would be a major target for the opposing side’s troops seeking to capture the standard or pull it down.

This is also reflected in the context of the Olympic Games. The flagbearer is the athlete who has been chosen to represent their country at the opening and closing ceremonies by carrying the flag of their country and leading their country’s athletes, coaches, and aides. 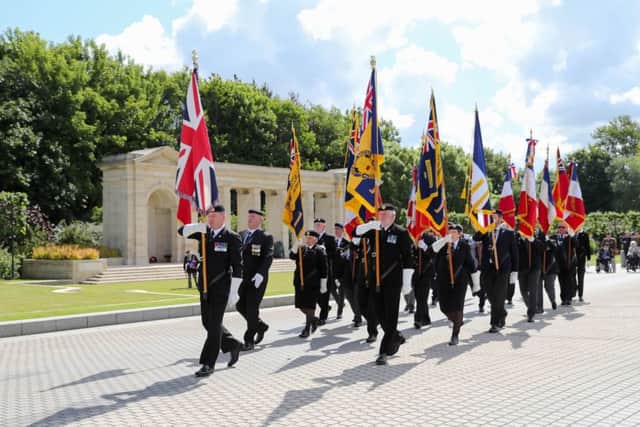 So what are business standards?

Company standards refer to a set of values, performance benchmarks, and beliefs. All of these components make up the character of the business. Look at it much like you would the personality of a person. They are a significant determinant of how other people view or form an opinion about your brand.

Management standards are a critical component of running a business. It determines the level of trust and credibility amongst different stakeholders. Such include customers, employees, suppliers, and the public at large. They are also business guidelines that determine every process you make in the company.

Management standards cover a wide area. You look at performance, quality standards, safety, and testing, to name a few. The entrepreneur must come up with a set of rules that everyone must follow.

There are two facets to setting up business management standards.

The first is how you, as an individual, want to run your company. It is voluntary but goes towards establishing greater confidence amongst customers. Deciding to use local ingredients in a restaurant is a personal decision. The law cannot come after you if you decide to source your ingredients elsewhere, including internationally.

The second complies with regulatory authority guidelines. If you are in the medical field, it is a rule that practitioners have the relevant certification. It is a regulatory requirement and breaching such can result in legal repercussions.

Values help us live with direction and purpose – like a guiding compass. Whatever is going on in our lives, our values can show us a path forward, and help us make better choices. Values are also intimately linked to our sense of self, and they’re essential for our mental health.

Values may be expressed as a stand-alone statement and form part of an authority’s code of conduct. Standards describe acceptable workplace behaviour and help guide the practical application of values. Standards are usually set in a code of conduct or similar.

The British Army Leadership Code is founded on Values. To them: Courage, Discipline, Respect for Others, Integrity, Loyalty, and Selfless Commitment are much more than words on a page, they are what the British Army stands for, and what sets us apart from society at large.

I may no longer be a serving soldier, but forever a veteran. I was introduced to, engaged with, accepted, and now live by a set of standards to which all future decisions are made. Based on Ethics, Sustainable growth, Active Listening, and Win | Win | Win outcomes.

Well, because despite benefiting from their services, once we had learnt about HOW they do business, I realised this doesn’t align with our values of how WE do business.

You may ask: But surely as long as they are living within THEIR values, why does that matter? Surely. YOUR values are for you, not to ‘cast’ on all others?

Well, that may be true, until it’s not! You see, Like attracts Like. We ultimately want to do business with people like us! And, once you have learnt something that doesn’t meet the same standard/values match as yourself, it begins to bring into question your belief in that value, how important it is to you, and whether are you compromising on it, by continuing to ‘support’ someone else with differing views of the world?

Trust me, I’m not saying we are always right. And it’s important we use these opportunities to reflect, go back to our own standards, principles, and values and centre check to determine why we believe what we believe.

But, once you have done so, ACTION is required. Either to review and revise your own beliefs (and understand what caused a change in them) or to DEMONSTRATE your own values by living by them – ALWAYS.

I know, that as a serving soldier it was imperative for me to be able to do this effectively. My wife and son didn’t require the skills, mannerisms, and behaviours of a Rapid Deployment Soldier around the home. Likewise, my deployment team didn’t require a husband or father. There was a need, to ‘switch on’ and ‘switch off’ the various attributes of each role. But, one thing that remained constant throughout was my attitudes and behaviours. My VALUES towards Courage, Discipline, Respect for Others, Integrity, Loyalty, and Selfless Commitment remained (and remain) constant.

What Standards / Values does your business uphold? and how do you demonstrate this to others?

Why Values are key to success

7 reasons NOT to join a Mastermind

This website uses cookies to improve your experience. We'll assume you're ok with this, but you can opt-out if you wish.Accept Reject Read More
Cookie Information

This website uses cookies to improve your experience while you navigate through the website. Out of these, the cookies that are categorized as necessary are stored on your browser as they are essential for the working of basic functionalities of the website. We also use third-party cookies that help us analyze and understand how you use this website. These cookies will be stored in your browser only with your consent. You also have the option to opt-out of these cookies. But opting out of some of these cookies may affect your browsing experience.
Necessary Always Enabled
Necessary cookies are absolutely essential for the website to function properly. This category only includes cookies that ensures basic functionalities and security features of the website. These cookies do not store any personal information.
Non-necessary
Any cookies that may not be particularly necessary for the website to function and is used specifically to collect user personal data via analytics, ads, other embedded contents are termed as non-necessary cookies. It is mandatory to procure user consent prior to running these cookies on your website.
SAVE & ACCEPT