You are here: Home / 7. Customer Service & Delivery / Take one for the team 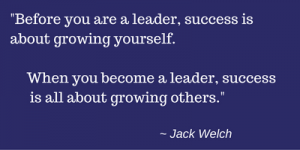 I’m reminded of a quote I heard in 2013 whilst attending an Entrepreneurs Conference at the NEC in Birmingham:

“However, until you make that happen, if you end up closing up and working in Tesco’s (other supermarket chains are also available!) that’s your fault as well”

The sway of the audience was palpable, as the eager and excitement just of hearing the words “Selling for £50M” was then SMASHED by the thought of closing the doors on their dream and stacking shelves!

The speaker was pointing out that as a Business Owner its ALL your fault. The Good, the Bad AND the down right UGLY! And today, I wanted to share with you the importance of just that.

I’m sure you have heard expressions such as “The customer is always right” and “Cash is king” many times over. But what does it actually mean, and how can we use this to get ahead in our business?

As some of you may (if you’re a regular follower of my blogs) my fiancé and I flew to Mauritius in September 2019 to get married on the beach and spend time on Honeymoon.  Amanda was BORN into a 5* hotel chain (Both her parents had senior positions within the best hotel on the Island of Bermuda) and so she has grown up with not just ‘silver’ service but the highest level of detail to EVERYTHING as a norm.

Since meeting her (ironically at a conference) we immediately recognised we both shared the same preference for the forward-thinking approach which takes customer service, turns it upside down and promotes it to a customer experience.

Although we had high hopes to have visited China, Morocco and Cuba this year, owing to the COVID pandemic and a Global ‘lockdown’ ALL our travel plans have been curtailed, adhering strictly to the government guidance on non-essential travel.  And, as our first anniversary began to near, it was evident this situation was not going to ease, and so a PLAN B needed to be hatched, that our FIRST anniversary did not pass by un-noticed!

I scoured the internet for something that was both open and suitable, and thankfully found a 4 Star Spa Hotel overlooking Lake Windermere with whom was both open and available.  I called ahead to confirm which facilities were and were not available (owing to COVID) and spent time speaking with the SPA team to book treatments for us both throughout our stay.

Closer to the day, I called back to confirm nothing had changed (owing to any localised changes in COVID guidance) and pre-booked dinner reservations (asking for the best table in the restaurant) arranged for a large bouquet of flowers, Chocolates and Sparkle to be delivered to the hotel and placed in the room. EVERYTHING I could to ensure my wife received the anniversary she deserves!

I shall not go into ALL the details, other than to say had it not been for a great spa treatment and a lovely evening meal (even if no attempt had been made to acknowledge I had asked for a ‘top table’ as it was our anniversary) we would have left long before we eventually determined to check out early and come home!

From a receptionist that huffed and puffed as we arrived, told us our booking was not in the system and asked “Are you sure it’s this hotel your due to stay at?” through to returning to reception to ask if the bouquet had arrived the following morning, to have this large well packaged box, clumsily dropped over the reception desk in an attempt to pass it to me, and bar staff that were too busy attending to the marauding crowds of ‘young adults’ non-residents who had no interest in showing any sign of respect for noise, or language or residents, but where clearly there to get drunk!

However, complaining to the General Manager was the last straw, as when I made a comparison to the experience we were having to a scene from Faulty Towers, rather than acknowledge my frustration and disappointment…..laughed in my face!

However, this blog so far, is only setting a scene, and could EASILY be happening (to some extent or another) in your business RIGHT NOW.  If you have not already done so, I STRONGLY recommend you read my previous blog: SABOTAGE is rife in YOUR business

You see, on advising him that was the last straw, and immediately ‘checked out’ to return home. I crafted a very well-considered, professional and detailed letter of complaint, to which was sent to the GROUP CEO. After all, you can only ever complain UP, and if your complaint includes that of the appalling attitude to a dis-satisfied customer shown by a General Manager, perhaps the Group CEO ought to know? (In my business, I’d CERTAINLY want to know, if a client is unhappy with ANY level of service).

And although I received a speedy reply, it did not contain the information I’d expected!

“Thank you for bringing this to my attention. However, the hotel is not owned or managed by us.  However, I have passed your letter to the relevant Managing Director and asked them to respond to you.”

This immediately raised my curiosity.  Had I inadvertently sent a letter of complaint to the wrong person, the wrong company/group?  I quickly followed my prior research to determine WHERE I had booked the hotel and how I had gained the contact details of the CEO to send the complaint…

I visited the same website to which I’d booked the break. Clicked on the link OUR Hotels, and there it was the hotel to which I was making the complaint.

Elsewhere in the website is a CONTACT US page, and within the footer of which details of the head office, from which I had found the details of the Group CEO to whom I’d addressed the letter!

With this, and having confirmed I had been correct, replied as such to the Group CEO.  However the reply continued:

“Whilst we don’t own or manage this hotel, you were right to send your letter to me. I’ve forwarded to the right person who should now contact you regarding your feedback. – Therefore, we were both right!”

And HERE lies the problem…..

NOBODY likes a finger pointing at them.  Even more when its something that they (personally) have had no input or direct control over.  I’m sure if a member of your staff has upset a customer, who subsequently blames YOU – you also feel the need to be defensive, objectional, deny it was YOU that caused the problem?

But I remind you of those prior sayings:

“The customer is always right”

“Take one for the team”

In this single sentence reply, he has automatically demonstrated the fundamental problem within the entire Group of companies with which he is the CEO. Mitigation of responsibility in the face of the customer. Automatically taking the defensive “It’s not my fault” stance, and as such determining ANYTHING that now follows will be AT BEST a customer SERVICE. Reactive, as a result of something the customer has had to instigate.

I’m still awaiting that response from whoever he has allocated to respond, but I can almost guarantee the response I’m going to receive will echo my current perception of the brand, and as such FAIL to acknowledge my last thought for the day:

“ANY brand is only ever as good as your last experience of it. And so, in making a complaint, is an exceptional opportunity for you to demonstrate HOW much you value the customer AND their feedback”

What you do now, determines EVERYTHING you will be known for from this point forward!