What I learnt from watching 14 Peaks Recently I scrolled through Netflix, and stumbled across this exceptional documentary directed by Torquil Jones. Produced by Noah Media Group, Little Monster Films and Torquil Jones with Nirmal Purja, Jimmy Chin and Elizabeth Vasarhelyi as executive producers. The film follows Nepalese mountaineer Nirmal Purja, and his team as they attempt to climb all 14 eight-thousander peaks within a world record time of under 7 months.

The documentary follows a plan by Nepali high-altitude climber Nirmal Purja, (a former member of the Gurkhas and the Special Boat Squadron (SBS)) to climb all of the world’s 14 highest peaks with an altitude greater than 8,000 metres (26,247 ft) (called eight-thousanders) in less than 7 months. The actual climbing took 6 months and 6 days between April 2019 to October 2019. The first person to climb all 14 eight-thousanders was Italian climber Reinhold Messner who took 16 years between 1970 and 1986 and completed the feat without the use of supplementary oxygen.

By 2013, the feat had been achieved in 7 years and 310 days by South Korean climber Kim Chang, who also did not use supplementary oxygen. Purja decided to use oxygen above 7,500 metres (24,600 ft) for Project Possible based on prior experiences when not using oxygen on past eight-thousander climbs would have stopped him from saving the lives of stricken climbers (something he ended up doing several times during the project).

The documentary begins in April 2019, with Purja attempting Annapurna, statistically, the most dangerous eight-thousander. Purja joins with Canadian climber Don Bowie who has failed several times on the Annapurna. However, Purja encourages Bowie to come with his team and they are successful summiting on 23 April, with Bowie saying “This guy believed they were gonna do it, and they pushed through and achieved what before now, I have only ever attempted and failed“.

However, success was very short-lived, as the following day, Purja returns up the mountain to rescue a stricken climber (later identified as Malaysian climber Wui Kin Chin). The rescue meant Purja lost his “weather window” for Dhaulagiri, which his team summits in extremely bad weather on 12 May. Purja then summits Kanchenjunga on 15 May in a single 22-hour push passing all base camps. While descending from the summit, at 8,450 m (27,720 ft) and still in the death zone, Purja and his team encounter two stricken Indian climbers; despite giving them all their oxygen and waiting for 12 hours for help which is continually promised, but never arrives. Eventually one tragically dies in Purja’s arms, while the other succumbs later back at camp 4 – During this, Purja suffers HACE (a medical condition in which the brain swells with fluid because of the physiological effects of travelling to a high altitude) helping a third lost climber, and yet fights on, knowing the other climber is reliant on him, and leads them both successfully back to basecamp!

Significantly behind schedule and questioning himself after the deaths on Annapurna and Kanchenjunga, Purja choses to push on, and summits the three neighbouring eight-thousanders of Everest on 22 May, Lhotse on 23 May, and Makalu on 24 May, in a record 48-hour push, taking a photograph of the large queue that had formed at the Hillary Step on Everest. The film also includes interviews from Purja’s wife and brothers about his early life and career in the British Armed Forces, both within the Gurkas and the Special Boat Squadron (SBS). And the sacrifices and financial risks that Purja took to create Project Possible. That despite several attempts to secure funding for the project, all of which were unsuccessful, leaving him to remortgage his own family home, and finance the project himself.

Throughout the film, he also shared his mother’s poor health, the challenges he had in honouring her, and the Nepalese people.  He also shared details of a near-death experience from a sniper bullet to the face while on duty with the SBS. All of this, shows the character of the man, the challenges he has faced, the sacrifices he has made, the choices he has faced in order to bring Project possible to fruition.

Purja then moves to the Karakoram eight-thousanders summiting Nanga Parbat on 3 July, but taking a 100 m (300 ft) fall while descending that was only arrested when he managed to grab hold of a random fixed rope that had been left behind. At one point, Purja tells the camera:

“I always say to myself, I’m not going to die today. Maybe tomorrow, but not today“

Not allowing anything to detur him, he summits Gasherbrum I on 15 July and Gasherbrum II 18 July. When Purja arrives at K2 (also one of the most dangerous eight-thousanders), spirits at Base Camp are very low, after high levels of avalanches meant that most teams are preparing to abandon their climbs for the enture season. However, Purja’s team breaks out some alcohol and has a party to lift spirits, sharing with them stories of their own summits and the mission they are on. The next day, Purja and his team begin climbing K2 and lay down fixed ropes in the dangerous Bottleneck section of the climb at 1am (when the snow is hardest and at its most stable). Purja successfully summits K2 on 24 July, and over the next two days, 24 other climbers use the fixed ropes laid down by his team to summit the mountain also. Two days later, Purja summits Broad Peak on 26 July, thus completing a 23-day push to climb the 5 eight-thousanders in the Karakoram.

Purja rushes back to Kathmandu to be with his mother who has suffered a heart attack, and spends little time with her. But, despite this, and her ailing health, he is determined to both honour her, and the mission. He returns to summit Cho Oyu on 23 September, and Manaslu on 27 September. Only to then have to spend a few weeks lobbying Nepali politicians to help him secure a permit from the Chinese to climb Shishapangma in Tibet.  Some weeks later, and after launching a social media compaign to encourage others to help put pressure on the chinese government to allow this project to continue, he gains the permit and successfully summits on 29 October 2019. Purja is seen calling his dying mother on a Sat-phone from the summit:

Later we see Purja reunited with his mother and the world’s media then gather to celebrate the conclusion of his Project Possible.

Purja told Climbing (a major US-based Climbing magazine)  that Project Possible was a way of countering the constant scepticism he encountered before starting, and particularly raising sponsorship for the project, as he struggled to convince investors that his goals were realistic and that he was the climber to achieve them. When he summited the first peak, Annapurna I on 23 April 2019, Purja had only locked down 15 per cent of the financing he needed, and most of this money had come from remortgaging his own UK house.

As the project continued, he raised funds both through GoFundMe campaigns, and eventually corporate sponsorship (e.g. rebranding the project as Bremont Project Possible). After Bremount who got to hear of him through his military connections agreed to co-sponsor later parts of the project.

On completion of the project, Purja told Redbull:

“It’s been one financial risk after the other. I say this project has been ‘horrifically amazing”

The former British Marine was awarded an MBE by Queen Elizabeth in 2016 for his mountaineering achievements. In the process of completing “Project Possible”, he broke six further records — including the fastest summit of the three highest mountains in the world. 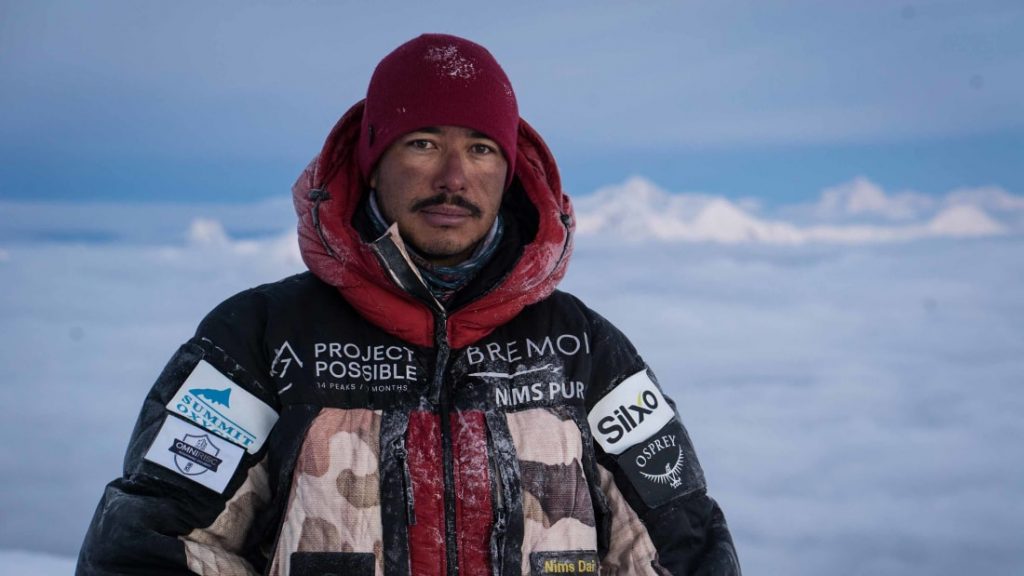 What I took from this…

But also, it made me ask some tough questions:

If you’ve not yet watched it, I strongly recommend you carve some time out and give it a viewing

I’d love to hear your thoughts, and what you took from the film?

This website uses cookies to improve your experience. We'll assume you're ok with this, but you can opt-out if you wish.Accept Reject Read More
Cookie Information

This website uses cookies to improve your experience while you navigate through the website. Out of these, the cookies that are categorized as necessary are stored on your browser as they are essential for the working of basic functionalities of the website. We also use third-party cookies that help us analyze and understand how you use this website. These cookies will be stored in your browser only with your consent. You also have the option to opt-out of these cookies. But opting out of some of these cookies may affect your browsing experience.
Necessary Always Enabled
Necessary cookies are absolutely essential for the website to function properly. This category only includes cookies that ensures basic functionalities and security features of the website. These cookies do not store any personal information.
Non-necessary
Any cookies that may not be particularly necessary for the website to function and is used specifically to collect user personal data via analytics, ads, other embedded contents are termed as non-necessary cookies. It is mandatory to procure user consent prior to running these cookies on your website.
SAVE & ACCEPT