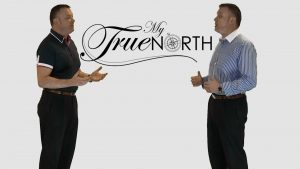 For me (living in Greater Manchester at the time) I recall it as the day Manchester came together once again, and stood in silence mourning the loss of 23 and injuring almost 140 others.

Nobody could have predicted that day, yet again, Manchester had been targeted by terrorists with another bomb, which shook the lives of everyone who heard of the attack.

But from this we also saw the revival once again of the Manchester bee!

The Manchester worker bee is one of the best-known symbols of Manchester and has been an emblem for the city for over 150 years. The bee denotes Mancunians’ hard work ethic and the city being a hive of activity. It has also come to represent the sense of unity in the city and its people.

3 years on, and nobody could have predicted the pandemic either. With a government having to advise all to “Stay at home” to “protect the NHS and SAVE LIVES” The streets, shops and parks of manchester (and across the UK) looking particularly bare, as we observe ‘social distancing’ in a bid to reduce the spread of another killer.

But just like the Manchester Bee, we have seen many examples of hard work, exemplary ethics and many examples of unity as a Nation comes together, claps on the doorsteps of our homes every Thursday at 8pm on recognition for the selfless work of our NHS and the millions of other ‘essential workers’.

Throughout history, we can recite countless examples of where people have come together to find new ways of working. Innovating new idea’s, collaborating with others, understanding that Together Everyone Achieves More.

Since the 23rd March, I’ve never received more calls from Business Owners reaching out to enquire as to HOW to ‘pivot’ in order they can continue to get through during such a period of international uncertainty. Looking for new ways of working, new methods of delivery, and have seen many new relationships form as a result.

As a former soldier, I spent over 12 years working in the uncertain. Be it Peace Keeping in a war torn Bosnia, or humanitarian aide in Sierra Lione. As a rapid deployment task force, we were often the ‘first in’ to assess, review, stabilise and establish a plan for when further grounds troops and other resources were deployed.

It began by quickly reviewing the immediate situation and determining:

Then it often determined the need to review Systems, processes and resources (including Human resource) to establish:

Do we have what we require to achieve the objectives?

Interestingly, in times of difficulty, we often see new relationships, new collaborations form, which prior to crisis, you may never have considered before. People ‘pulling together’ pooling resources in order for the plan to work. And the same can be said during this crisis also.

And reading this article, I wonder what questions you might ask your ‘future’ self 3 years from now. I wonder what insight you might find most useful, to aide you in your decision making to best place you and your business for the journey that lies before us?

With such an infinite number of things to know, learn, give consideration to, ponder over. ALL of which could have an impact on us, and our business. It’s almost impossible to know what is the right answer……. or is it?

Albert Einstein is regarded the world over, as one of the brightest minds of his time. And in just one of the many quotes I love from the man, for me this is one of the best:

You will NEVER overcome any problem, using the same level of thinking, as that which caused it!

Interestingly, Einstein lives and worked in the same Era as Carnegie and Napoleon Hill. ALL of whom have made several references in challenge to the famous quote:

A problem shared, is a problem halved

All argue, that unless when you have a problem, you share it with one other, with the strict instruction that THEY are to resolve THIS half of the problem, whilst YOU will resolve the OTHER half of the problem, and once both resolved they will then come back together and present the solution. This is not factually correct.

What tends to happen. (Then as it does now) is when we have a problem we are struggling to resolve. We share it with someone with whom we believe can help us resolve it, and with whom we trust. They in turn share some thoughts and idea’s (based on their knowledge, experience, qualification etc) which in turn, sparks new idea’s within you, and creates for a lively discussion. Idea’s are shared, new considerations are jointly formed and eventually a way forward is determined and agreed.

All three scholars believe the solution that is eventually carried out. Would NEVER have been considered had it not been for the SHARED knowledge, experience, education of the two minds working together. And they called this shared thinking a MASTER mind!

I’m delighted to have been introduced to the concept of Mastermind more than 20 years ago now. And have benefitted greatly from being associated with them ever since. I can STILL attribute my biggest decisions, my biggest actions, and my biggest results to Mastermind. As can many of our #ADDAZERO Mastermind clients.

Knowing now, what you do. I wonder what your future self would tell you right now in terms of the considerations you should be making, the decisions you should make, the collaborations you need to build in order to ensure you are raising a glass and celebrating success, and not asking that rhetorical question:

Feel free to drop a message below, with what YOU have taken from this article. I wonder, who do YOU know that might benefit from you SHARING it with them?